Nail-Biter Goes To Northview In Div. I Semi-Final Win

In the first of the Division I semi-final games, Sylvania Northview scores in the bottom of the seventh to win over Kenston, 3-2.

Tied 2-2 going to the bottom of the seventh inning, Sylvania Northview squeezed across the winning run when pinch-runner Adyen Hall scored on a wild pitch to give the Wildcats from Lucas County a 3-2 win over Kenston, from Geauga County.

Prior to that the game had settled into a pitching duel between Kenston lefthander Jake Vasil (6.2, 5 hits, 10 strikeouts) and Northview righthander Garrett Zimmermann (7 innings, 2 hits, 4 strikeouts).

Kenston scored a single run in the top of the first, only to see Northview match that, plus one, in the bottom of the inning to take a 2-1 lead.

It remained 2-1 until the top of the fifth when a Kenston runner on third base (Carter Flynn) was awarded home plate when Northview incorrectly tried to execute the hidden-ball play.  Garrett Zimmermann was standing astride the pitching rubber, and third base umpire Kevin Forror ruled a balk, scoring Flynn.

“You don’t see that very often,”  said Forror afterward.  “I was watching it, thinking, ‘You can’t be there (on the dirt) doing that.  The Sylvania coach was great.  All he asked was whether someone had called timeout previously.” 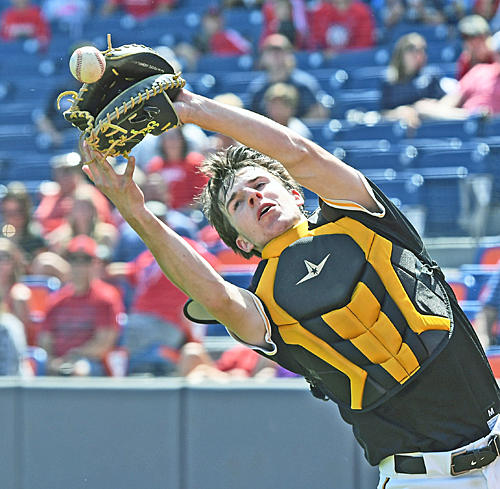 One that got away…this pop foul that eluded Northview catcher Garrett Draper in the fourth inning.

Tied 2-2 going into the seventh, Kenston went quietly in the top of the inning.

Sylvania’s Alex Prymas led off the bottom of the seventh on a throwing error by Kenston second baseman Shane Rothlisberger.  Garrett Draper followed with an infield single to first base.  Braden Tackett then dropped a sac bunt that moved the runners to second and third.

Second baseman Benny Seals then grounded out to shortstop and Prymas was thrown out at the plate attempting to score.  Riley Ames was walked intentionally to load the bases, setting up a force at each base.

One pitch later Jake Vasil threw the ball in the dirt, it scooted under catcher L.A. Mighton for a wild pitch, and pinch-runner Hall raced to the plate ahead of the throw to Vasil covering for the winning run.

“Day in and day out we talk abuot making the routine plays,”  said Sylvania coach Greg Szparka.  “I was thinking at the time….it was just baseball.  Teams make mistakes and when they do you have to take advantage of those.”

It was a tough luck loss for Vasil, who had at one point retired eleven consecutive hitters, and five by strikeout.

Northridge (20-8) won the game with 3 runs on 5 hits and committed one error.

2022 marked the first time that Northview had ever won a league or district title.  They made the most of it…as they’ll now play Saturday for the Division I title against the winner of Mason versus Grove City. 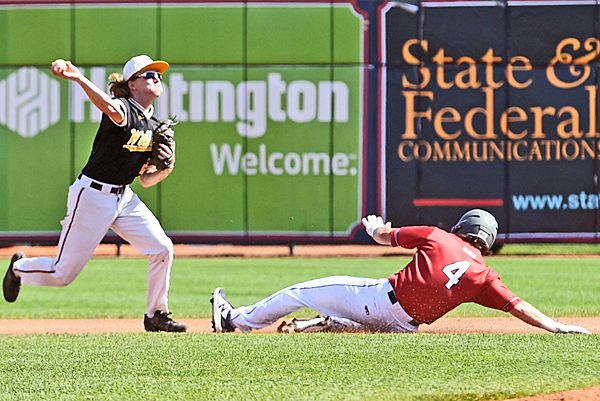