It’s a well-recognized tune, one of the most famous in America, but for the sake of fact…some words about a “national” tune not written by John Phillip Sousa, but one he admitted that he liked as much as his own.

Under the heading of we can all feel better about America this Memorial Day weekend…San Francisco Giants manager Gabe Kapler said this week:  “I don’t plan on coming out for the anthem going forward until I feel better about the direction of our country.”

Damn, Gabe.  We’re going to miss ‘ya…like a lot of events post-Kaepernick where sports figures think others are impressed by their position.  Actually, it would be more impressive if you gave up your $1,050,000 job in the dugout and joined the ranks of police officers in this country.  If you don’t like the direction, you could do something that could actually change it.

Or, if you joined the ranks of sports professionals like Pat Tillman that would make an even bigger impression.  Tillman literally gave his life for the sake of freedom and democracy fighting in the United State military.  Ted Williams and Bob Feller both missed three of their most productive years as major leaguers to serve during World War II, as did many other players of that era.

So if you want to stay in the clubhouse while they play the National Anthem, have at it.  Or, you could vote come November and affect change in the manner set forth by the constitution.  It’s pretty obvious by now that we get the kind of government and leaders that we get because of recent elections, and those results probably have something to do with the direction of the country that you don’t like. 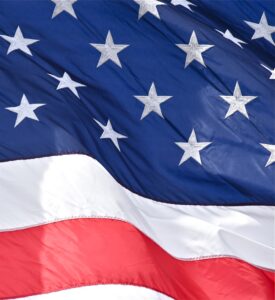 For years now I’ve written a column or two on national holidays highlighting Americana, and while a lot of us find it hard to agree on politics, and sacrifice, and the direction of the country through the years, the one thing we mostly agree upon since the Civil War is the music of our celebration of liberty.

What I will write here concerns the Public Broadcast channel and a comment I heard while listening to a program about Americana back during the winter months.  On a program dedicated to military bands and music, the topic turned to the American march king, John Phillip Sousa, who wrote such famous tunes as the Washington Post, Semper Fidelis, and of course the Stars and Stripes Forever.

And like a bolt of lightning to me, the host of the show suddenly made the statement,  “And of course, the well-known Sousa composition, The National Emblem March, what many would call our official  ‘national’ march.”  To my knowledge there is no actual national march of America, but by default, after all these years I would assume that most would confer that honor on Sousa’s well-known Stars and Stripes tune.

Of course, to many this would have passed unknown.  For while you’re no doubt familiar with the tune of The National Emblem, you probably have no knowledge of its rightful composer, or even its title.

But for the fact of history, and truth, this well-known march was NOT composed by John Phillip Sousa.

It was actually written by a contemporary of Sousa’s, a fellow named Edwin Eugene Bagley, in 1902, and published four years later.  It became popular, and distinctive…because the first four bars of “National Emblem” actually incorporates the first four bars of The Star Spangled Banner.  And while some might mistake it for our “national” march because of its familiarity, that distinction owes itself largely to the usage of the trio section of the tune by U.S. military as ceremonial music for the color guard when presenting and retiring the colors. For your listening enjoyment, and a little edification, click here to listen:

While it was not written by Sousa, a man who was irascibly loyal to his own works in his day, the “March King” was, in fact, an admirer of “The National Emblem”.  Once asked to list the three most effective street marches ever written, not surprisingly, Sousa listed two of his own compositions, but he selected “National Emblem” for the third.

Once asked to perform for a command performance the five greatest marches ever written, he chose to perform four of his own – The Washington Post, Semper Fidelis, The Thunderer, The Stars and Stripe Forever…and Bagley’s National Emblem.

It of course is not worth following up to correct PBS (or whomever) for the fact of a mistake over what’s likely to have come from simple familiarity.  But for the sake of a lot of friends who are former band members it is worth noting that some should know and recognize for the sake of credit, where credit is due.

E.E. Bagley will hardly be remembered…except for the National Emblem March.

Coverage of the outdoors on Press Pros is proudly sponsored by Olde English Outfitters, in Tipp City.

A Tale of Two Coaches That Ended Well For OSU

The Toughest Critics In The Front Row….